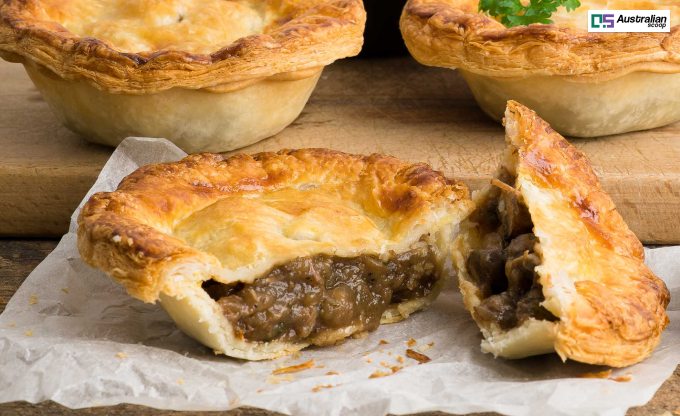 If we talk about classic foods, then meat pies come to the top, with a crusty outer pastry layer with a delicious meaty delight inside. This dish is a triple threat, appetizers, street snacks, and main course.

Pie lover, this article is for you. I am going to guide you in the process of making delicious meat pies in the easiest way possible.

Imagine making the golden brown crispy, crusty pie crust with a meaty surprise inside, at your own house! Nothing can be better than that.

If you are making meat pies for the first time, then you should know what meat pies are precise.

What Is A Meat Pie?

Meat pies are generally pastries with a savory twist, with a meat-based filling. The outer layer is a buttery golden brown crispy pie crust. The meat pies are usually fried, baked, or even deep-fried.

Meat pies typically contain sauteed vegetables in a thick saucy gravy with any meat protein. The meat can be beef, pork, lamb, or even chicken. For something unconventional, you can even try venison or even seafood.

Read More: Lamingtons Recipe 2022 – How To Make It At Home In Easy Way

How Many Types Of Meat Pies Are There?

If we are talking about meat pies, it technically means meat in a crusty pastry-like outer layer. If that is a, then there can be many variations of such meat pies, not only the classic ones. Each culture has there version of meat pies, and they are

Originated from the Spanish culture, Empanadas are like golden pastries, filled with meaty filling. They are like golden pockets of joy. It is food for your soul. Beer in one hand and empanadas in the other is the kind of party I like, what about you?

A traditional British Christmas without mince pie is next to impossible to even imagine. It has been a Christmas staple food since the 16th century. Though most meat pies are savory, this English classic is both sweet and savory.

Named after a town in Louisiana, United States. They are the official food of that state as well. These are also savory meat-filled dish, that looks awfully similar to the Spanish empanadas.

Sfihas are Lebanese meat pies, that combine the flavors of both flatbreads and meat pie. Introduced by the immigrants of Lebanon and Syria. It became quite popular in Brazil.

This French-Canadian delight is a great choice for any holiday main course. A visually appealing meat pies is a great affordable choice for you and your family.

Click Here To Read: 20 Best Australian Foods You Should Not Miss

Before you start making these meat pies, here are a few tips for you to consider. You should know that the techniques of making a pie savory or sweet are the same. Except for savory, it can be a little moist.

1. Partially Cook The Meat Before

For making a delicious meat pie the key is to cook the meat as tender as possible, with a juicy and spicy twist. But your meat should not be overcooked. Cooking the meat beforehand helps control the moisture and prevents a soggy crust.

To show your cooking skills you can always make the pie crust yourself, but if you have a time crunch then it is better to use readymade puff pastries.

3. Seal The Edges With An Egg Wash

For more shine and to prevent leaky edges, you should consider brushing the crust with an egg wash before you bake.

You May Like To Read This: Barbecued Snags Recipe 2022 – How To Make It In Home

Now no more wasting time. Let’s get right to it why you came here.

For the pie dough:

For the meat filling:

Combine the all-purpose flour with salt in a bowl of a food processor then pulse to combine it. Then 1 egg to it with cold butter, and combine again. With the processor on, sprinkle ice water and apple cider vinegar into the processor to mix well.

Keep the dough on a floured surface and kneed it till it becomes a ball. Even if it’s not smooth, make the shape. Then divide the ball into two parts and shape them into a disc. Wrap them in plastic and put them in the refrigerator for 1 hour.

While the dough is resting, prepare the filling. In a bowl take salt water and bring it to a boil. Cook the potatoes well enough to be cut easily with a paring knife. Drain the potatoes and cool them. Then cut the potatoes into 1-inch dice and keep them aside.

On a large skillet, heat oil on medium flame. Add the ground beef, garlic, and onions and stir to mix. Saute until the beef turns brown. Then add cumin, dried oregano, cinnamon, and cayenne pepper.

Then add peas and the diced potatoes to it. Season the filling with salt and pepper as per your choice, and stir. Finally, add the beef broth or stock, and boil on a simmering heat. Cook until the meat absorbs the juice, then turn the heat off.

Preheat your oven to 375 degrees Fahrenheit.

Take out the wrapped balls from the fridge and remove the foil. Place it on a smooth surface and roll it to about 11 inches in diameter. Then you a rolling pan to drape it over a 9 inch pie pan, and fit the edges.

Place a parchment paper over it and put baking beans. Bake the pie blindly, until the crust becomes a beautiful golden brown. Then remove the beans and let the crust cool.

Prepare the egg wash, by adding 1 egg and 1 tablespoon of water to a bowl and whisk it. Brush the top layer with the mixture and place it over a baking sheet.

Put the pie back in the oven, and bake it for about 25 mins. Wait until the top crust is a beautiful golden brown and crispy.

Keep the pie aside for about 10 mins to let it cool down and let the juices thicken. Then slice down and enjoy the deliciousness. But what to serve with meat pies? Both mashed potatoes and roasted vegetables are great options.

What are the nutritional values of 1 serving of meat pie?

1. What Is The Other Name For Meat Pies?

2. What Are Australian Meat Pies Called?

Australian meat pies are often called Aussie Pies. They are an iconic food worldwide, with their own version of it.

Meat pies are an Australian staple dish. Australian cuisine is full of incredibly hot chilies, no matter what you are eating.

Even though you are not a great cook, you can easily make a great meat pie. They are as tough as they might seem. So as much as you wanna eat delicious meat pies, start making them on your own.

Even if you are not up to making your own pies you can try the Woolworths meat pies and the coles meat pies.

Chicken Parmigiana Recipe 2022 – How To Make It In Home

Priya Singh is a Digital Marketer and specializes in SEO with over two years of experience. She brings her decade of experience to her current role where she is dedicated to educating & inspiring the world on how to become a better digital marketer.

Barramundi Recipe 2022 – How To Make It In Home